Our Vice President of Global Strategy and Advocacy Bistra Zheleva shares her observations about global health discussions during the UN General Assembly in September in the blog of The BMJ (formerly the  British Medical Journal), one of the world’s oldest medical journals. Children’s HeartLink President Jackie Boucher and Bistra Zheleva participated in the UN General Assembly meetings to advocate for better access to care and improved health outcomes for children with heart disease. In her blog post, Bistra addresses progress and encouraging changes as well as remaining challenges in programs to counter non-communicable diseases, which includes congenital heart disease.

The greater presence of young people and patients is an encouraging sign that the agenda is shifting, says Bistra Zheleva 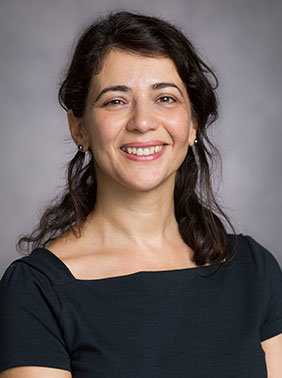 As an advocate for better access to care for children with heart disease, I was disappointed that the first UN high level meeting on non-communicable diseases (NCDs) in 2011 ended up making no mention of this important group. The third high level meeting, which I’ve just attended, has been much more satisfying in that children have featured, but perhaps the biggest change is that the voices of patients and the young were finally heard.

In 2011, our organisation, Children’s HeartLink, had hoped that children would feature in the NCD agenda because it seemed like the first time chronic non-infectious diseases were being talked about as a global health issue under the leadership of the NCD Alliance. Unfortunately, we came out of the process largely disappointed.

The discussions completely avoided the topic of children. There was lots of talk about prevention and healthy lifestyle, which resulted in goals for reducing mortality among those aged 30 to 70. It was clear that our message about heart disease in children—whether preventable, such as rheumatic heart disease, or not preventable, such as congenital heart disease—had no place at the meeting or in the declaration that followed it.

So what was different in September 2018? In some ways, not much. I left the meeting with the impression that there is still little progress in countering NCDs around the world. The political declaration was considered to be weak, and there weren’t any dramatic announcements about how the world will address the rising burden of NCDs. Most importantly, the question of how NCD programmes are going to be financed remained unanswered. There weren’t any big donor commitments. A noticeable trend was the discussion of “self-reliance,” taxation, and domestic financing as the main solution to this problem. And again, children were not mentioned in official statements.

Yet there was much that gave us hope during the week—not, unfortunately, in the high level meeting itself, but in the unofficial side events preceding it.

Many events focused on childhood onset diseases such as type 1 diabetes, congenital heart disease, and rheumatic heart disease. Recent advocacy efforts by NCD Child, the WHO resolution on rheumatic heart disease, and our Invisible Child series on children’s heart disease have brought larger visibility to NCDs affecting children. There were several events organised by the Partnership for Maternal, Newborn and Child Health and others focusing on youth led action. One event had a thoughtful discussion on building systems for health (not only for healthcare) and refocusing efforts on children. Participants acknowledged that screening and treating NCDs requires working primary healthcare systems, and those systems in low and middle income countries are currently not prepared to tackle NCDs—especially those affecting children.

The young people becoming engaged in programmes to counter NCDs are remarkable and inspiring. There is a whole new cadre of young medical and public health professionals who care and want to see a change, and their voices were clear and loud. The representative of NCD Free compellingly called out to UN member governments, “We are here, expecting governments to lead the way. Involve us!”

But most encouraging was the patient participation. Every side event I attended had a person living with a disease, a family caregiver, or frontline health worker speaking. And many of the diseases they talked about started in childhood.

Erneste Simpunga from Rwanda, who has rheumatic heart disease, is studying to become a doctor to “help others like me.” He pointed out the disparity our global community has created by forgetting to invest in NCDs. “In Rwanda, HIV/AIDS, TB, and malaria medication is always available in hospitals, where 90% of costs are covered. But for NCDs, they are often not available—patients have to buy them themselves outside the hospital.”

Austin Pinkerton from South Africa is living with type 1 diabetes and does volunteer work to engage other young people in advocacy in sub-Saharan Africa. He was ironically and unfortunately asked to remove his insulin pump while going through UN security.

We heard Hannah Amora from the Philippines describe how she had to fundraise $US 20 000 for her son’s surgery for congenital heart disease and how she was inspired to start an organisation that helps others in the same situation. She is now focused on campaigning to change health policies in her country.

I was greatly impressed by Angela Nguku, an advocate and midwife from Kenya, who is fiercely fighting for better maternal care in her country. She called for a revolution in improving the quality of care to reduce maternal and child deaths. “Change is not made in rooms like this. Change is made in communities. That’s where the action is.”

And finally, 14 year old Beatrice Marciari from the US, who has psoriatic arthritis, bravely and eloquently spoke about being in pain, not being able to go to school for over a year, losing friends, and being depressed because of the disease. “I hate the doctor’s office. I hate being in pain. But I’m grateful for the access I have. I hope a small voice like mine can make a difference.” Her voice was not small: we heard her in awe.

It takes courage and strength to tell such personal and often painful stories to an audience of public health professionals, doctors, and government officials who think they know the answers to your problems. I applaud the people who spoke and the organisations who sponsored them to travel to New York, and I trust that they will be the ones to make change.

Sadly, there has been relatively little progress with NCDs despite the excitement at the UN holding the third high level meeting. Yet the greater presence of young people and patients, and the increased focus on children—albeit at side events rather than the main meeting—makes me optimistic that the agenda is shifting and the world will increase the energy it puts into countering NCD.

Bistra Zheleva is the vice president of global strategy and advocacy at Children’s HeartLink, an organisation focused on improving access to quality paediatric cardiac care. She is also a co-founding board member of the Global Alliance for Rheumatic and Congenital Hearts, an alliance of organisations and individuals that speak out for congenital and rheumatic heart patients. Twitter @bzheleva

Competing interests: Nothing further to declare.